M City Condos is a new pre-construction development located at the heart of Downtown Mississauga, located at 460 Burnhamthorpe Rd W. The main intersection is Marvis Road and Burnhamthorpe. This enormous development centres on condominium units, retail spaces and urban green space. The developer of M city Condos, Rogers Real Estate Development Limited owned by the Rogers Family heavily invested $1.5 billion towards this elegant urban development that sits on top of a 15-acre land.

M City is a growing condo ready community that is culture and character driven, also a vision for urban sustainability, while meeting local tastes and future demands. A total of 6000 homes will be developed within the 10 Condos, Retail and townhouses.  The arranged completion for M City Condos is expected to be in 2022. The very first 60 storey high-rise tower will consist of 784 units at the North East corner, with a low starting price of $200,000.

Mississauga is the sixth largest city in Canada

130,000 Sq.ft south wing expansion has been finished in Square One Shopping mall in 2016 with 25 millions visitors annually.

M CITY HAS EVERYTHING YOU NEED

Mississauga’s future is about enjoying today. That’s the goal of M City – the new condominium community located at Burnamthorpe and Confederation Pkwy.

Nestled in Mary Fix Creek Gateway, this city-within-a-city combines green open spaces with a tight-knit neighbourhood feel, all in downtown Mississauga. And because this community is about bringing family, friends and neighbours closer, everything they need is closer too. With Square One, Sheridan College, banks and libraries a walk away, commercial and public amenities are well within reach.

Culture, character and personality are also what make a community great. Residents can find the best of it at the nearby Civic Centre, Celebration Square and the Living Arts Centre. Here, they can get to know each other and celebrate the diversity of their neighbourhood. But when they need to travel a bit further for work or pleasure, residents have transportation all around them. Whether they want to use the GO, Mississauga Transit or bike paths, getting around is super easy.

M City is poised to create a dynamic public realm designed to add a new vibe to Mississauga’s thriving culture, while providing its residents with the things it needs to grow. With its future set on connectivity, character and sustainability.

MCity Condos having a 15-acre plot of land that will building total 10 Condos, Retail and Townhouse. Total will be 6000 Homes.

M City Condos has a Walk Score of 86 out of 100. Transit score of 68 out of 100. This location is in Mississauga. Nearby parks include Cleary Park, Zonta Meadows and Queen Elizabeth II Jubilee Garden. 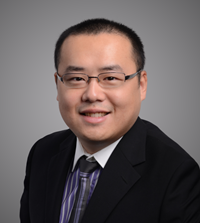 PLEASE NOTE: This Platinum Access  is NOT open to general realtors and registrants under buyer agency contract with a Realtor.

By REGISTER BELOW, you will have the FIRST ACCESS, buying with the lowest price*and receiving the Platinum VIP Broker Promotions, first to choose your units, long before general agents and the public opening.